Just in time for the Da Vinci weekend extravaganza–protests! wheezing! commentary!–I did a blog entry pointing readers to my somewhat reluctant and rather random thoughts about Christian cultural engagement and the ways to respond to the errors and anti-Christian vibe of Mr. Brown’s book/movie/media blitz. Those thoughts were found, along with a rather interesting (if I do say so myself) collection of recommended books, at the monthly column I do at the Hearts & Minds website. If you haven’t read my ramblings, or seen the list, I would hope you might, soon.
In my comments there, I suggested that Christian folk ought to know more about the arts (in this case, specifically film and novels.) I promised to reflect a bit more on that from time to time, highlighting authors and books that could be helpful to this project. I mentioned our small list of books about the arts described at the website under our section “Books By Vocation” and thought that might be helpful.
One of the authors that comes up regularly whenever we talk about a Christian view of aesthetics and Biblically-shaped interest in the arts is Calvin Seerveld. (You can see one of my many reviews of his books in the archives of the monthly column and readers have told me that this review is one that makes them rejoice that such books exist.) 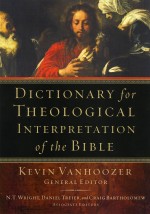 Here is a recent quote from Seerveld’s entry into the spectacular reference book, Dictionary for Theological Interpretation of the Bible edited by Kevin J. Vanhoozer (with associate editorial help from Craig G. Bartholomew, Daniel J. Treier, and N.T. Wright.) Published magnificently by Baker Academic, (SPCK in England) it is a rich and important volume. Even when Cal is limited to just a few pages–giving the history of art in the Bible and a bit on the development of artistic approaches by God’s people through church history–he writes cleanly and yet with verve and allusive gusto. What a writer he is, a man who has given his life to this topic.

(In Europe, [during] the historic Refomation) …art was viewed not as an instrument to be specially adopted by the institutional church, but as a human response to God’s grace, for service in the world at large. So art became “unchurched” but was considered a marvelous conduit for believers’ faith to be shared and imaginatively bodied forth in the public square….
…But it was especially the mundane outreach of art into the nonchurch world that received impetus wherever the centrality fo the Bible promulgated by the Reformers took hold. 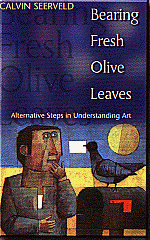 Group portraits of businessmen fulfilling their nonchurch vocation (Rembrandt, Syndics of the Cloth Guild, 1662), spacious atmospheric landscapes filled with Ps. 19 glory (by Jan van Goyen and Jocab Ruisdael), scenes honoring domestic daily life (Vermeer’s Cook [pouring milk], before 1660), and stunning bouquets of cut flowers with the memento mori of a dead bug (by Pieter Claeszoon)—all testify that in the 1600’s Dutch artists were looking at God’s world outside the church door and presenting imaginative artwork about it with a vision shaped by the Bible.

A few pages later, in a concluding paragraph, Seerveld notes–these are my words–that faith-based artwork doesn’t have to be overtly “religious” and that Christ-glorifying art need not be of “spiritual” subjects (praying hands, crosses and steeples, sun-rise scenes with Bible verses etched over them–ugh!) In contrast, Seerveld cites “the novels of Alan Patan (1903-88), the cinematic oeuvre of Robert Bresson (1907-82), and the popular song of Bruce Cockburn (born 1945)” and then suggests, 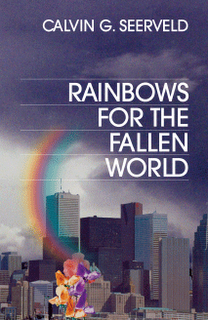 The Bible often enters artistry as a leaven in ways one cannot clearly point to as so much taste in the artistic bread distributed.

I suppose that is the way it is with all good art–allusive and imaginative (that is what makes it art, no?) The author’s worldview and vision enters as leaven, and it can be tasted. Sometimes, though, the artwork is weighed down with heavy-handedness (work done by Marxists and evangelicals are two common examples of this) so the artifact (song, novel, movie) ends up feeling like a sermon, like propaganda. Not like leaven, but blunt, didactic.
Is this one of the problems of The Da Vinci Code, not just that it has facts wrong about the reliability of first century documents about Jesus, or skews historical details from the middle ages, but that the artwork itself is so pushy about it’s Gnostic faith perspective? Some have felt this, I’m told, about the novel. Reviewers are saying it about the film. Comments anyone?