Two brand new albums will be available for sale on Tuesday, recordings by artists who I have been prone to suggest “got me through the 80’s and got me through the 90’s, respectively.” That would be Bruce Cockburn and Bill Mallonee.* Both have brand new CD’s and we are offering a special deal: buy ’em both for twenty-two bucks.
Two for $22. At least for now.
Bruce Cockburn’s new album is called Life Short-Call Now. The new Bill Mallonee, with his band called Victory Garden, is called Permafrost.

Mr. Cockburn is one of the more literate rock composers, and surely one of the top masters of the both the electric and acoustic guitar in our age. He is greatly esteemed by other artists, rock critics, and his fans are fiercely loyal. Check out his own lovely website the the ambitious Cockburn Project for updates on his work, a compilation of stuff he’s said about various songs, etc. and reports from his tours and many benefits. His lifetime of very classy work—almost always deeply rooted in Biblical wisdom, telling how he sees life and times—is extraordinary in both its magnitude and its magnifigance. Don’t even ask which album is my favorite. No can do. You will get a good look into the theological significance of his work by visiting Brian Walsh’s webpage, and clicking on a couple of the serious articles Walsh has written, about Cockburn (scroll down through the titles till you see them) or a few of the album reviews; all very insightful and will help you appreciate and enjoy Bruce’s music. 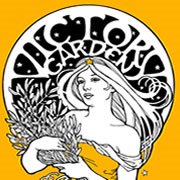 Bill M–formerly frontman of Vigilantes of Love–has been as hard-working as an touring artist can be, on the road, often by himself, playing often small gigs despite his critical success, layin’ in out there for all to see. He has an awesome website, and makes out-takes and live cuts available on line (I am a huge fan, but just can’t do the music download thing; it is too complicated. For those savvy enough, check out Billtunes. ) Mallonee is a bit more connected to the contemporary Christian music subculture–well, by a thread, in the way that Pedro the Lion might be, in that he’s done Cornerstone, Purple Door and Greenbelt. 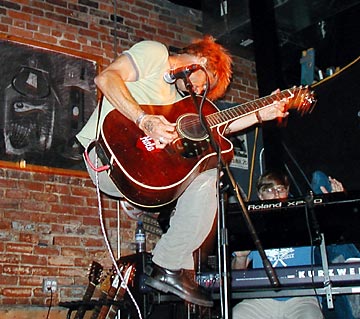 He is gritty, Americana rootsy (think Jay Farrar and the whole alt-country thing), wails with static-filled electric nods to Neil Young and, as a critic in the Times once put it, is as good a writer as Dylan. Mallonee’s harsh sense of life, of his own screwed up life, is mediated by hard grace and goodness that pops up down there in the South like kudza or something (he’s from Georgia and came out of the hot Athens music scene) as he bangs an acoustic accompanied by accordian, before that became cool. He’s like Flannery O’Connor, I guess, at least the really poor man’s version, with harmonica. I’d like to say the poor man’s Calvinist version, but I’m not sure that makes sense…
Anway, Cockburn’s album is a bit different—still jazzy, political, mystical, some songs demanding, others gorgeous, and a few tracks have some horns. Fascinating. Bill’s is like his last few, pretty acoustic, wordy, pained, profoundly hopeful for those with ears to hear. I love ’em both, and can’t stop listening. We carry most of their backlist and even related oddball stuff (like The Depp Theory, a hip-hop jazz group that does a few Cockburn songs, that he sings on. A tribute album to Cockburn by a sweet Canadian folkster named Steve Bell will be here any day, too, and that will be lovely for older fans, especially. ) The Cockburn catalogue is all being remastered and reissued, btw, often with a new song or two.

2 for $22.
*A few years ago, in tribute to the “in the world but not of it” engaging culture vision of Bob Briner (author of Roaring Lambs) a compilation album of preforming artists who are Christians with that sensibility was put out. Bill Mallonee was obviously on it. The number he did? Wooooieeee, yessir: He did Cockburn’s hit, “Wonderin’ Where the Lions Are?” Speaking of which, did anybody hear the Jimmy Buffett version that is in the movie Hoot? Buffett has done at least two or three other Cockburn covers, like Pacing the Cage. Nicely done, too.