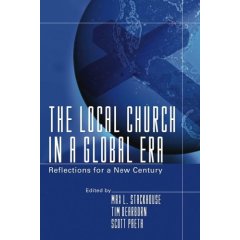 2 thoughts on “Local Church in a Global Era”