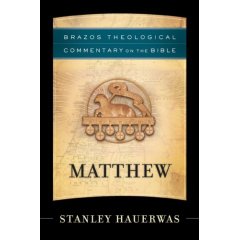 Since some of you will be reading this new post over the Thanksgiving holiday weekend, I thought I might reflect on things for which we are thankful. But that could get ponderous, and that isn’t why you’ve subscribed to this site. I considered leaving the last post up, since that book, on praying wisely for peace and justice, seemed quite timely. But I’ve got so many new books to tell about, including three that just came yesterday…
Among the things I am thankful for, and I trust you are to, is the ability to have books, relatively cheaply, the freedom of the press, good authors, indie bookstores (what few of us are left) and helpful, bold publishers and authors. And, without being maudlin, I must say that Beth and I and the staff here are greatful for our commuity of readers, supporters, friends. Thanks for caring about our work, and spending a few of your dollars with us. We do not take it for granted.
And so:
I should have announced a month or so ago the second release in the formitable new series published by Brazos called the “Brazos Theological Commentary on the Bible” which was a commentary on I and II Kings, written by Reformed scholar and wide-ranging author Peter Leithart. The first came out less than a year ago, on Acts, published by Orthodox theologian Jaroslav Pelikan, which we duly celebrated. I & II Kings came out earlier this fall. And now, yesterday, the much-anticipated commentary on Matthew done by Stanley Hauerwas (Brazos; $29.99) arrived. How interesting will that be!? Even if you aren’t a huge fan of the spittin’ Methodist cowboy pacifist philosopher from Duke Divinty School, to read him on Matthew will be a fabulously stretching experience. All of these commentaries, under the senior leadership of Rusty Reno, will prove to be excellent in their own way, and we are glad for the project. I’ve had reason to use a few commentaries myself these past weeks, and I give thanks for those who help us take a fresh—or first—look at Holy Scripture. Thanks be to God.
Speaking of controversial speakers, Tony Campolo’s new book, Letters to a Young Evangelical has come out in the “Art of Mentoring” series (Basic Books; $23.00.) (These have included all kinds of fabulous books, written in the style of letters from an older person to a younger, in fields such as lawyering, counseling, being a conservative, being an activist, being a Catholic, a journalist, as golfer, a chef, even a mathematician.) I have read this in three sittings, and found myself grateful for Campolo’s balance, candor, wise advise and great stories. Of course he has been pushing the “Red Letter Christian” movement as a way to describe those trying to forge a non-partisan alternative to the Christian right, so that keeps coming up.
There is no doubt that Campolo has been deeply involved in working with younger Christians, college students, especially, for decades. I have seen him in action talking one on one with a troubled kid, or taking time with smaller groups of young adults. Here, he gives advise to younger evangelicals about being involved in daily spiritual practices, he describes charismatic renewal, suggests ways of doing effective evangelism, being good stewards through active creation-care, making service to the poor a priority, having a heart for global missions, discerning a sense of vocation and finding meaningful work, being active in church, and other such practical matters. He weighs in on gay rights (and opposes gay marriage), the role of women, a bit about the emergent conversation, the dangers of fundamentalism, dispensationalism, peacemaking and abortion (which he opposes, even if he calls for dialogue and understanding.) I think he sounds nearly the right tone at each place, and Letters… would make a fine gift to nearly any younger Christian. I am not ashamed to say that I admire this man immensly, find myself agreeing with him mostly, and have been blessed to know him a bit for years, now. I offer thanks to God for Tony’s boldness and the lives he’s impacted, including my own.

Albert Borgman is a name we have been trying to get readers to recognize and it seems he and his work is increasingly known. From his books on information technology, to his fine book on postmodernism, his theology of technology to other important work, he has been cited appreciatively from Christian authors as diverse as Brian Walsh to Eugene Peterson to Marva Dawn. His new one just came, and I must say I am itching to take a longer look. You can be the first to know, and be thankful, for such a serious Christian philospher who is working hard to offer sound scholarship in service of making the world a better place. Dr. Borgman’s new one is simply called Real American Ethics: Taking Responsibility for Our Country (University of Chicago Press; $25.00.) Bound in a nice hardcover, with endorsements from Robert Bellah and Bill McKibben on the back, I hope you would consider this as not only an important volume, but as a nice gift to give those who would like this sort of thing.
McKibben says this may be “a summation of Borgman’s lifetime project which is neither liberal nor conservative but instead invested in a concrete reality and human satisfaction.” With stuff on real virtues (and the dangers of being “virtual”) in a world of consumerism, which invite us to households of care and stewardship, I think this may offer a grounded bit of reflection for our upcoming hectic season. Real-world ethics are needed now more than ever. Thanks be to God for voices like this.