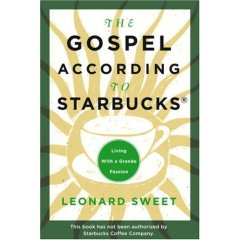 
The Gospel According to Starbucks: Living Life With a Grande Passion
Leonard Sweet (Waterbrook) $13.99
****

9 thoughts on “Leonard Sweet on Starbucks”