Last week I posted a few times about various titles my wife and I are enjoying–history, humor, novels, memoir, alongside the important stuff we promote for more direct learning and serious Christian worldview formation.  I cited a few rare ones and a few fun ones that are kinda under the radar. And, I’m thinking I am going to read Truck: A Love Story by Michael Perry (Harper; $13.99) again, since he is a spectacular writer, and maybe something about outdoorsy stuff, hiking or wilderness, although I often get that bug in the early fall.  More great books keep coming into the shop each day, some that are exquisite and very richly written like Souls in the Hands of a Tender God: Stories of the Search for Home and Healing on the Streets by Craig Rennebohm (Beacon; $23.95) which is a very tender portrait of the mentally ill (and a passionate call for justice and grace.)  And there is the really interesting and fun romp pulling out the themes of faith and struggle, guilt and redemption, justice and hope,  through every one of the Boss’ albums, The Gospel

According to Bruce Springsteen: Rock and Redemption from Asbury Park to Magic by Jeffrey B. Symynkywicz (Westminster/John Knox; $16.95.)  Any Bruce fan has to get this one, as does anyone who wants ways into conversations about faith, values and popular culture    Late last night I started a brand new novel set in rural Appalachia, Dogwood, by Chris Fabry (Tyndale; $12.99.) It starts off with a pair of epigrams, one from Isak Dinesen and another by my man Jackson Browne so I had to see what this guy’s up to.

Still, any quickie posts about fun stuff this summer would have to list a couple of odd albums, naming some of our soundtrack these days. You’ve read before that I listen to Indelible Grace a lot, and a month or so ago I did long reviews of some very rare recordings–if you haven’t visited the May column at the website, please do.  Now, though,   I’d love to tell you briefly about some a few tha yo might not hear about otherwise.  CDs lay around our house almost as much as books, although my kids mostly use ipods.  I’m not so old school that I insist on vinyl, but I do love my CDs and their artwork and liner notes; I hate the idea of “downloading” a “song” without the full context.  Why not invest in a a couple of CDs before they start to disappear?  The lyrics and artwork and liner notes on these are nice, too.

So, here are a few unusual ones we are recommending these days. 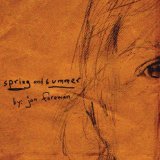 Spring/Summer  Jon Foreman  (Credential) $13.99  I love Switchfoot, and have a bunch of reasons to respect them, not the least of which is the powerful, thoughtful, allusive, rowdy, moving rock music. Their frontman, Jon Foreman, recently recorded a set of four very acoustic, nearly unplugged, solo sets, each for one season of the year. (They are not all that much about that season, but apparently a chronicle of his life’s journey over a year.)  The first pair, Fall and Winter, came out a while back, and the second set is now available.  I’ll tell ya what: a few of these jangling, whiny solo pieces are absolutely beautiful;  I keep hitting replay on a few of the songs while driving around in the car.  His setting of the 23rd Psalm is alone worth the price of the album (and has Sarah Mason singing, which is stunning in its understated alt-country simplicity.)  Foreman and his pals do a great song that incorporates the Lord’s Prayer (“Your Love is Strong”), full of angst and bohemian sighs and longing and hope.  These two sets of short double albums have some great guitar work and his cool vocals, stuff from his own seasons of life, a few pretty overtly praise songs, a bit of pain, some sweetness, deep faith and some odd-ball hip arrangements (the Sufjan effect, I’d call it, what with the horns and hammer dulcimer and Eastern European tempos) that really, really work.  I love this, especially, now, Spring and Summer.   Highly recommended. 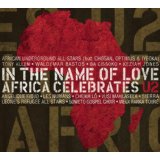 In The Name of Love: Africa Celebrates U2 various (Shout) $18.99 Okay, I’m a sucker for cover versions of stuff, and even bought the CCM cover disc of u2 songs a few years ago, knowing I’d only love few tracks of it.  (I’ve got a wonderful recording of all Bruce Cockburn songs by Steve Bell, My Dinner With Bruce, which is pretty darn cool.  Nanci Griffith did a whole album of covers that I like, I’ve raved to friends about The Band cover album–imagine Death Cab doing The Band!–and I one of my all time favorite albums is the Mark Heard tribute and we love the soundtrack to I Am Sam which has some wonderful version of Beatles songs, but I digress.)  But this, this is something else indeed.  This is a collection of well known, mostly recent, U2 songs done by 10 different African pop bands, produced as a fund raiser for The Global Fund.  A few have a fairly typically Western rock feel, versions pretty faithful to the original, just sung with a way cool accent and the bold bass lines that Graceland introduced to the pop music scene here.  Others are in native tongues, if still done in a pretty rock style, even though there are some unusual instruments being used.  (Nothing is quite like, say, Ladysmith Black Mombazo, really, if you wondered.)  Bands include the famous Sierra Leon Refugee Allstars, the Soweto Gospel Choir,  Waldemar Bastos, Les Nubians, Anglique Kidjo, Vieux Farka Toure, Cheikh Lo, and others…Wow.

This is fun, fun, fun, and at times really moving.  I won’t lie to you: one song made me shed a tear or two, too.  Rolling Stone is right to say, that, as a tribute to Bono’s work for Africa,  it is a “rootsy thank-you, not a world-music
cheesefest.”  Still, it is a nice way into the world music scene alongside all those cool Patamayo recordings we sell. 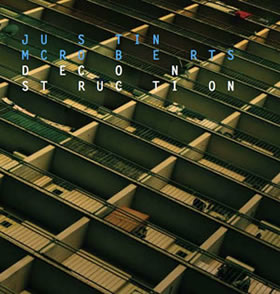 Deconstruction Justin McRoberts (Justin McRoberts) $12.95  Oh, man, I am so glad I got to know this guy a bit, as we’ve sold a few of his albums in the shop before, and is pretty highly regarded in the younger singer-songwriter circuit;  he’s also done some cool stuff with Young Life camps, and is a hit on the Christian college coffeehouse circuit.  Having heard him do a live show this past fall, and watching him lead worship at a college ministry event, I was amazingly taken, even more so as I got to know a bit about he and his wife and their urban ministry work in San Fran.  He’s ordered some books from us and I realize he is a deep thinker, a serious activist, a fun and funny guy, and an artist of considerable depth.  (Who else has written a song inspired by writer Jonathan Kozol?)  Songs like “A Hope Deferred” and “America and the Soul” give a hint that this is an album with more than typical religious clichÃ©s.  Here, he does his thoughtful acoustic singer-songwriter stuff, with a voice that won’t quit, deep and melodious, rough and gritty, soulful at times, almost booming like Bono (and that is not a cheap comparison.) Most of Justin’s songs belie a deep seriousness about faith and doubt and struggle and art and excellence; a few could be used in particularly creative worship services.  (The lyrics to the song somebody judged or turned away by church, also about taking communion, “On the Night You Were Betrayed”, just blew me away and I am sure it could be played in worship or in conversational settings to great benefit, for those who have the guts.)  Justin covers one of my favorite Patti Griffin songs, too, “When it Don’t Come Easy” and does so with a great vibe and a very strong vocal performance.  We have a batch of these CDs to sell here in the store, and I’d love for you to know about him.  Buy Deconstruction now, and you won’t regret it–and you’ll be supporting  indie music, too.  Check out his really cool website (but come on back to H&M.) Thanks! 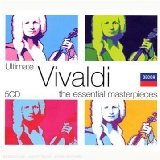 Ultimate Vivaldi: The Essential Masterpieces  (Decca) $18.00 Okay folks, check this out: five discs.  There are Wind Concertos, Cello Concertos, Guitar Concertos, Four Seasons and the Gloria and more.  Performances by the likes of the Academy of St. Martin in the Fields and conductors as esteemed as Iona Brown.  Here’s the deal:  Decca has done these five volume sets for just $18.00 and they’ve released 5-disc sets of “ultimate” essentials for all the greats: Mozart, Chopin, Bach, Beethoven, Tchychovski, Handel, Rachmaninoff…which should I open next?  I can’t afford ’em all, but a few are, well, almost essential.  Having picnics or garden parties or sleep-overs this summer?  Wanting a chill-out mood for reading?  Hey, these tunes aren’t called Masterpieces for nothing.

One thought on “Fun summer music”