I mentioned that for many Christians who follow the customs of the church calendar, the long season of waiting known as Advent gives way to 12 days of celebration; Christmastime is a season leading up to a day of gift exchanges in many parts of the world, Epiphany. We encourage folks to celebrate the whole season of Christmas (and perhaps to give meaningful gifts through-out — gifts like, oh, say, b-o-o-k-s.)

So we continue to share ideas as you continue to enjoy spreading that Christmas cheer. Or, as fans of Sufjan Stevens’ might put it, “Come on, Let’s Boogie to the Elf Dance.”

So, here is a spectacular idea.

You can download or somehow copy the cover art of the (not yet released) book that I have shown below. Then, you just make up a little card indicating that you are buying this book for your friend, which they will have shipped to them when it releases in February. This is a very eagerly awaited, very important new title that, for the right person, will truly make their season;  just knowing you selected this anticipated title for them will bless them. I seriously would not be surprised if this could be the favorite gift of all this year for some fortunate recipients.

We are pleased to announce the forthcoming book by Steve Garber, Visions of Vocation: Common Grace for the Common Good due mid-February 2014.

You can place a pre-order (with us, please), make up the promissory card in any way you’d like and 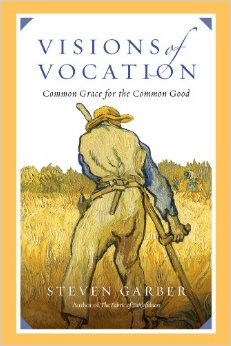 give it to your loved one, friend, colleague or pastor. We will ship the book right to the recipient (or to you) when it is released.  We can gift wrap it, then, if you like, or tuck in a little note reminding them it is from you.  Just let us know what you prefer.

There are lots of good books coming out in the next few months — a new set of books of occasional writings of Calvin Seerveld are due soon from Dordt College Press, a new anthology about and in honor of Phyllis Tickle is due any day (Phyllis Tickle: Evangelist of the Future), a new book by Barbara Brown Taylor (Learning to Walk in the Dark), a last book of Dallas Willard (Living in Christ’s Presence), a new Margo Starbuck (Not Who I Imagined), and a long-awaited book on politics by CPJ founder, James W. Skillen (The Good of Politics) are on my short list. You can always pre-order and give away any forthcoming book.

But this.  This is something very, very special, and not too many people know it is going to be coming out so soon, although there have been rumors for years that Steve was working on it.  Among many of our most astute BookNotes readers, it will doubtlessly be the publishing event of the new year.

Visions of Vocation: Common Grace for the Common Good  by Steven Garber is to be released in February by InterVarsity Press (and will sell for $16.00.) If you’ve read BookNotes for long, I suppose you know that Steve is one of my best friends, and a person I admire almost as much as anyone. His mid-1970s college years included studying at L’Abri; developing a friendship with Os Guinness and John Stott; working for the CCO for a while, reaching out to med and law grad students in Pittsburgh.  He ran our beloved Jubilee conference, years ago.  He has worked at the CCCU American Studies Program mentoring students about “weaving together belief and behavior in the university years.”   His first book, Fabric of Faithfulness: Weaving Together Belief and Behavior is mature and rich, well written and substantive, full of questions about how to build in to one’s learning the habits of heart and patterns of practices that yield a life-long, sustained sort of full-orbed, whole-life, missional discipleship. It is one of my all time favorite books.

For Fabric of Faithfulness, Steve interviewed a bunch of folks who were approaching mid-life at th

e time of his research and invited them to reflect on the earlier years of their faith formation. The things he learned from these conversations, the stories people told him about what worked for them in their own deepening faith journey, were different versions of the same three themes. Three things kept coming up, aspects of sustained, deepening faith, namely, conviction (believing the Biblical witness to be truly true), character (realizing and learning from a mentor that truth must be embodied and lived out), and community (yep, every person insisted that life-long friendships are the relational crucible from which authentic faith can develop and be sustained.)

Anyway, FoF is nearly a “cult classic” as many people (and not a few significant Christian leaders) suggest it is one of the most important books they’ve ever read. I know colleges and para-church ministries, seminaries and non-profits, who have re-calibrated their programs around Garber’s early work.

One of the things that kept coming up in Steve’s speaking and teaching around the themes of Fabric is how one lives out one’s faith in one’s own place, one’s own career or job or ministry.  Indeed, a few years back Garber started the Washington Institute on Faith, Vocation & Culture to continue to reflect upon, teach, mentor, network, and advance the cause of robust evangelical faith, lived out for the common good, especially in the spheres of vocations and careers and callings.  He started inviting people to “vocare” dinners, guiding them as they reflected on short readings (an excerpt from Lesslie Newbigin, or a Wendell Berry short story, or something from Abraham Heschel’s The Prophets) with others in their own profession, applying faith and vocation in ways that were “integral, not incidental.” 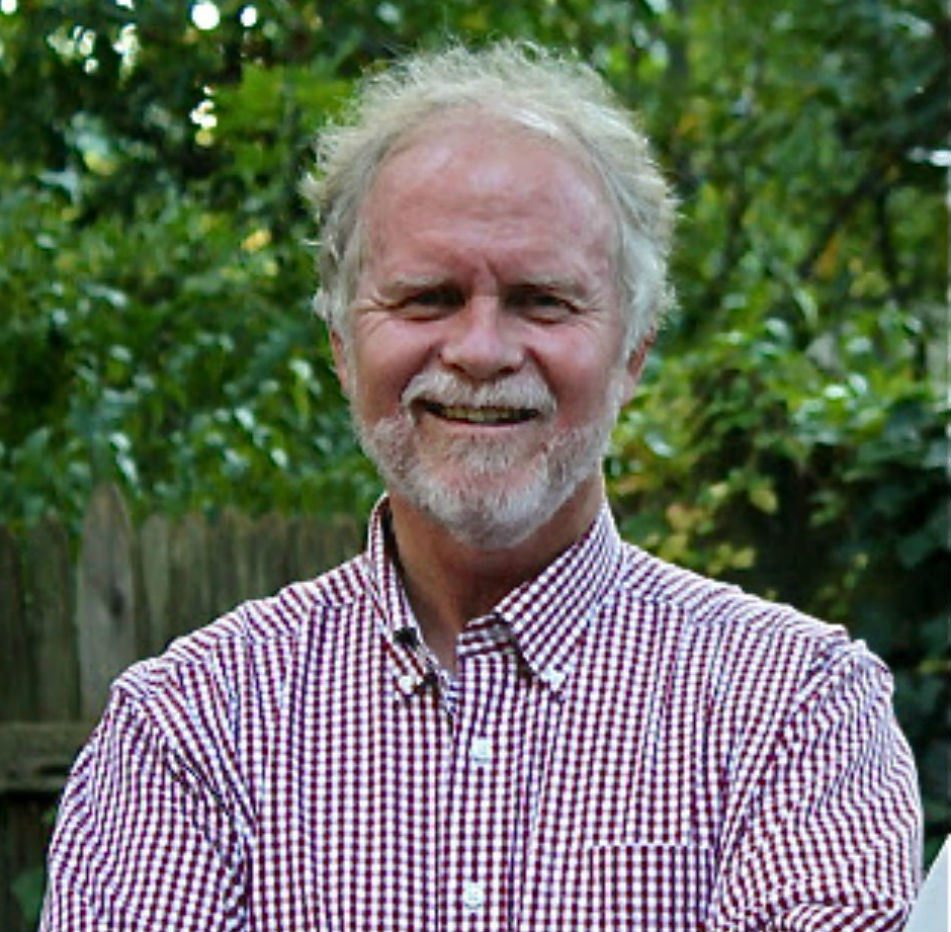 nd so, this new Visions of Vocation book is very, very much in the Garber trajectory, not a sequel, really, of FoF, but an ongoing exploration. VoV bears his unique style — eloquent, beautiful, deep, yet honest and real with plenty of stories and illustrations (drawn not only from real life– he is a good listener — but from literature, film, and the lyrics of pop music.) Not every author who cites Vaclav Havel or Geerhardus Vos also quotes Mumford & Sons.

This much-anticipated book will carry some of the best endorsements I have ever seen on a book, from authors and leaders and good folks I trust. (I’ve seen them, already, and I am not exaggerating.) It will surely be one of the best books of 2014 and, I predict, one of the most talked about books of the decade.  I will tell you more about it next month, and we will review it here more carefully at BookNotes when it arrives.

If you know anyone who cares about the world and its deep brokenness, but still wants to nurture a piety of caring, a way of knowing that holds together the fallenness of our times and the hope for restoration through Christ’s redemptive work, and ours, this is a book for them. If they want to ponder the implications of being implicated, if they hunger and thirst to be responsible, this is a book for them.  Steve asks, over and over, in different ways, through different windows, can we know the world and still love it? (It is so easy to get jaded or cynical or stoic, even, apathetic, after the idealism of younger faith dies down, especially once we’ve come to realize how the world really works and how hard it is bring about positive change.)  Do you know people who want to attend to the hurts of this world, but not in a shallow way? Who wants to “integrate faith and work” in a profound manner? Who care about the common good, shaped by faith, but not always “wearing it on their sleeve”?  This book is for them.

Visions of Vocation will be ideal for anyone who reads (for instance) the Biblical studies of N.T. Wright on incarnation and hope, or the fiction or essays of Walker Percy or the social vision of Wendell Berry or the Anglican piety of J. I. Packer or the responsible rock and roll sensibilities of Jars of Clay or U2, or appreciates the moral seriousness of many contemporary filmmakers — yes, Garber knows well these sorts of folks. His life has not been lived in the ivory tower and he has been a lively observer of signs of goodness in culture and in vital conversations with solid folks.  Some of those conversations have made it into Visions of Vocation: Common Grace for the Common Good, again, making it a wonderful read, alive and hopeful.

I hope you enjoy getting this advance word on this soon to be released book and to have it officially announced here. We thought you might like to give a promissory note to somebody, pre-ordering it from us now.

To have your recipient be among the first to see this stunning cover, to know they will be among the very first to get it, to know that you selected this good book for them; well, this could be a very, very special gift this holiday season.

You can pre-order this any time. We now have it at a 20% discount, and our offer to ship it anywhere you’d like.  We will, of course, not run your cc until the book is here and shipped to your loved one.  We will confirm everything with you when we do.  Perhaps you could be ambitious and send them Fabric of Faithfulness now, and Visions of Vocation later.  Nice idea, eh?