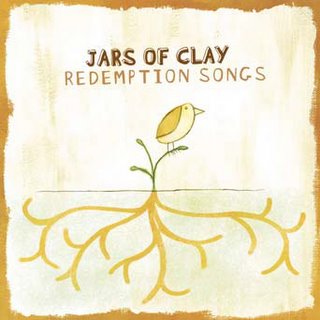 Not to belabor the whole Garber YADA YADA YADA event and the book of his that I have been blogging about, but I hope you took time to click on the link which led to one of Steve’s essays. Or have told somebody to read my review of the book back on the website column.
I can’t quite give the prize about the Y-words to anybody, though (although cheers to Matt Lyke for giving it an educated guess.) Here is the answer: Garber’s research findings, as powerfully described in Fabric of Faithfulness, is that those with robust faith who attempt to live faithfully across their various callings, cares and concerns, who maintain the habits of heart that allow them to live radically in public and private, were those who, while in their young adult years, found themselves committed to three things. These narratives which grace the book–okay, I admit it, I’m one of ’em, for a goofy couple-a-pages–all said, in various ways, the same three things. There were no exceptions in his interviews, and this discovery not only earned him a PhD in education from Pennsylvania Sate University, but has motivated him to explore further how these features can be asserted with people who desire a lasting and transforming faith. He has spent the last years listening and reading, writing and talking…
The three things?
Truth. People don’t stake their lives on stuff they don’t find to be really, truly, true. Yada, which is the Hebrew word, “to know” implies, among other things, a sense of knowing/doing the truth.
Character, mediated by a mentor. Folks who Steve interviewed who maintained a whole-life kind of discipleship that connected “belief and behavior” each had a story of how they moved from an intellectual commitment to the rather abstract notion of truth to a formation of heart that can only be called character development. And hearts, minds, values and character is more “caught than taught”, hence the testimonies of a coach, teacher, campus minister, social activist or older friend who served as a, well, a Yoda. Yep, the old gnarly Yoda-dude is a mentor-type. Yada needs Yoda, a wise guide to show the way in real life.
And, it becomes evident that those that want to live a transforming life out of love for God and hope to serve God in the midst of efforts to bring redemptive care to a hurting world simply cannot sustain counter-cultural, indeed, often counter-intuitive claims and lifestyles without the support of others. There has to be a community of like-minded other folks, affirming and supporting anyone who tries to make a difference. Yes, the Ya Ya Sisterhood gals were pretty broken themselves, and, in my sermon before the YADA conference, that was quite the point: hurting as we may be, messed up as we all are, nonetheless, those wacky members of the sisterhood took their vows of friendship seriously. They hung in there with each other, even interferred–agggghhh–and intervened for the sake of the integrity of each other’s lives, over the course of their odd lives. How many of us can say we have that kind of life-long, loyal compadres?
And so, in Garber’s elequant words, with a tip of the hat to Hauerwas, those whose young adult faith remained intact and vibrant and socially relevant over the course of their years and into the start of midlife all told stories of conviction, character and community. Or, as I put it, Yada, Yoda & the Ya-Ya Sisterhood.
***
One way Steve illustrated this was by talking candidly (and humbly, I must add) about his friendship with the guys in the rock band Jars of Clay. More than once Garber has given me their addresses and asked us to ship books to them. As he hung out with them backstage at the Live 8 concert this summer–amidst the glitz of Jay-Z, Beyonce, Arrowsmith, DMB, etc.–the folks at the ONE and DATA booths made it clear that they respect Jars for their seriousness of purpose and commitment in brokering their influence for the sake of the poor in Africa. That they are a Christian band that sings songs that resonate with the popular culture is itself quite a story. That they’ve become friends with Bono, and that Garber has had them thinking andreading, talking and networking with folks he repsects, and that they do it all for Christ and the sorrowful dying in Africa, well, it speaks volumes of their own journey of conviction, moving towards a transformed character by way of a mentor, and their commitment to forming community and long-term friendships along the way. Yada, Yoda, Ya, ya, ya.
Their timely and insightful ministry for clean blood and clean water in Africa is spectacular and helpful. Their hip website is well worth visiting; their ministry worth supporting. At the YADA conference, Steve showed a video about their blood:water mission–and you could see his influence, it seems to me, as they talked of worldview & character, transforming public policy & maintaining personal involvement, integrating faith & life, art & politics. Although it isn’t a book review or directly a Hearts & Minds thing (well, we do carry all their CD’s, after all) tonight’s post is a tribute not only to Mr. Garber but to Jars of Clay and their fine efforts to respond to what they’ve come to know. Please visit http://www.bloodwatermission.org/
And, by the way, their latest recording, like their others, is very, very cool. They have found old hymn lyrics (a few of them apparantly never put to music over the centuries) and put them to contemporay, new tunes. Learn about it here at their JofC website. A remarkably rootsy, mellow-alt-rock album called Redemption Songs, it truly deserves a listen! Proceeds from their work goes to their African development work. Order it from us here. *
*Mention that you read about Redemption Songs here and get a $3.00 off discount, making it only $14.98.

2 thoughts on “blood:water mission and more about YADA”