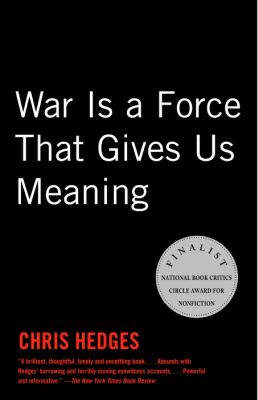 Today there have been parades and speeches, ceremonies at gravesites, public officials have waxed elequant–some of them–or mumbled cliches, and many U.S. churches have, this weekend, given nod to this day of honoring the war dead.
I am not sure how to do such things properly, soberly, respectfully, Christianly, and since such memorials are often an excuse not for appropriate recollection but jingoistic justification of all wars, especially whatever war is current, I have long bowed out of our community services. (I used to make it a habit to read Lincoln’s Second Inaugural Address on this day, perhaps not a bad way to start.) Regarding flags in the church and worship of God that degenerates to baptizing the violence of the nation state, I’d recommend, as I often do, Diana Butler Bass’s well-written memoir and reflection on her growing frustration around these matters in her own church. Broken We Kneel: Reflections on Faith and Citizenship (Jossey-Bass; $23.95) is a slim but powerful story of her struggle for faithfulness in the “united we stand” era after the attacks of 9-11. You can read an earlier, brief, review of it here.
War is a Force That Gives Us Meaning by Christopher Hedges (Anchor; $12.95) is another book that I have reviewed briefly at our website’s monthly column. (Go here but scroll down past several other titles being described.) It took my breath away, it was so well written, so thoughtful, so informed by the realities of battle. Hedges, was a traveling war correspondent, has seen more fighting than most soldiers, as he has moved into war zones across the globe. His thesis here is that cultures—and certainly this is true of our own, especially today—too often are glib as they cheer the goodness of their wars, elevating these tragic affairs to noble causes. Those who rarely have seen the killing up close cheer with near glee and the citizenry reacts as if our foreign affairs are mere sporting events. The war is no longer a tragedy or “necessary evil” but a “force that gives us meaning.”
Hedges is not a pacifist (so does not oppose all warfare in principle) nor does he do the sort of theological/Biblical pondering that Bass does (above.) But his knowledge of the Greek tragedies, his deep thoughtfulness of literature and philosophy and theology, does give him a profound vantage point. He worries well for us all, calling us away from glamorizing the horror that is war.
Our family has lost relatives in war; as I have commented before, both my late father and father-in-law were proud World War II vets, and my brother, an officier in the Viet Nam war era. I respect them deeply. My hunch (and my experience in first-hand conversations) is that those who have been closest to the battlefield—unless blinded by an ideology of patriotism—will agree with much of what Hitchens writes here.
As we make our yearly pilgrammages to the cemetaries and endure the grand flag of our land used for advertisments for everything from malls to yard sales to beer bashes, it would do us well to commit to thinking this through. I commend these two books to you for your early summer reading. Perhaps by the time the 4th of July rolls around, you will be that much better equipped to think faithfully and feel appropriately and speak wisely to your friends and neighbors and church members. It is a topic that must be on our lips.