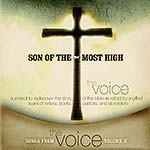 Our Sunday school class is being treated to a wonderful series on Messiah by the spectacular Christian composer, George Frederick Handel. Our teacher, a thoughtful Bible student and fine musician herself, is being guided by the excellent Kerygma curriculum. (Their studies are thoughtfully designed from Presbyterian folks in the PC(USA) and are very good.) We’re thinking about the Biblical basis of these awesome pieces, and the powerful way GFH wove them together into an important telling of the story of Israel and her savior, who released her from exile and secured not only her rescue, but the restoration of all things. Let Heaven and Nature sing, indeed.
I will never forget the first time I heard Al Wolters (Creation Regained) describe the vast, vast implications of that one single line from the carol Joy To The World that tells of God’s healing restoration which brings blessing “far as the curse is found.” (Ahh, where is sin’s curse? Everywhere! Where does God’s Kingdom’s impact extend? Everywhere!) For that reason alone, I add in a quick aside, it is worth having Michael D. Williams’ book on your shelf. It is a splendid, innovative, overview of the history of redemption and the unfolding drama of the Biblical story, nicely entitled Far As The Curse Is Found: The Covanant Story of Redemption released this past year by Presbyterian & Reformed; $17.99. What’s not to love about a book called that? A brand new work with a similiar approach deserves a full review, but I can at least announce it here: the big, thick magnum opus of Christopher J. H. Wright has been released by IVP, The Mission of God: Unlocking the Bible’s Grand Narrative ($38.00.) It will be much discussed, I’m sure.
But back to Handel. If you would like to plumb the depths of these wonderous texts a bit, consider this new Advent devotional, Reflections of Messiah: Contemporary Advent Meditations Inspired by Handel by Jim Melchiorre (Upper Room; $12.00.) This United Methodist leader has a good eye for a good story. He doesn’t tell us much about Messiah, and it spends little time reflecting on the intentions of Handel or his writer—who took the texts from the Book of Common Prayer, mostly. It is fiesty, active, thought-provoking. Good discussion questions, too, inviting us to take these texts seriously, and to allow them to propel us to mission.
My big suggestion, though, I save for the end. Son of the Most High is a musical recording that takes these same classic Biblical texts and makes new, contemporary songs of them. Part of the Biblical paraphrase project called “The Voice” (I’ve commended McLaren’s re-write of Acts called The Dust OffTheir Feet, and am excited to see the forthcoming Lauren Winner piece which translates Matthew) this acoustic-driven, singer/songwriter collection is fabulous. It isn’t a “young Messiah” type effort and makes no pretense to update Handel. It does work with the same matieral, though. With contributions by Cademon Call’s Andrew Osenga, female vocalist Kendall Payne, worship-leading hipsters Don & Lori Chaffer, and other great players (like Steven Delopoulos and Andrew Peterson) this cool worship album is wonderful for Advent. And for those drinking in the Messiah texts, from Mr. Handel or Jim Melchiorre, it is an extra special soundtrack. Go here for more.

2 thoughts on “Son of the Most High”