What a whirl-wind few weeks, taking our book van from the Christian Legal Society Florida event, selling books at a student gathering at Penn State, setting up for the Pennsylvania Council of Church’s annual State Pastor’s Conference and heading back to Florida to the bi-annual campus ministry national networking conference, Ivy Jungle.  Sorry I’ve been unable to post much about new books here at BookNotes.

It is always frustrating to me—amusingly so—that great new books arrive right after we do these gigs.  To wit, I will do a brief list of books I wished had been released a few days earlier so I could have shown them at these events.

Just a few days after the State Pastor’s conference some books arrived that I would have loved to have promoted there.  Here’s two:

The Living Church: Convictions of a Lifelong Pastor John Stott (IVP) $17  One could hardly name an elder statesmen of broadly-defined evangelical faith than Father John Stott, rector of All Souls Church in London, who has more stature or influence in our lifetime.  His many books nurtured a generation of young, thoughtful evangelicals—like Tim Keller, say, who offers a glowing tribute on the back cover—to preach the gospel with clarity, obedience, grace, and relevance.  This may be his swan song, a generous and sweeping book, offering his vision for ministry in the 21st century.  Inspiring, historic, lovely. If you know any pastors, this would be a great gift.

Resounding Truth: Christian Wisdom in the World of Music  Jeremy S. Begbie  (Baker Academic) $22.99  If this book were twice the price it would be worth it, I’m sure.  Weighing in at over 400 pages, this is the call of the famous classical musician to thoughtful engagement in the world of music.  He judiciously develops a theology of sound,  a rigorous and deep aesthetic theory that funds Christian thinking about the world of music.  How many books sport lengthy endorsements from N.T. Wright, Nicholas Wolterstorff, John Witvliet, and Rowan Williams?  No one is better suited to explore a theology of music, and anyone interested in contemporary culture,  music, artistic engagement, or worship will want to become familiar with Begbie’s masterpiece.  I think if I had had this at the Pastor’s event I not only would have mentioned it, but would have suggested it as a gift for choir directors and music ministers and church libraries.  It is a book that ought to be known.

And, so,  off I went, directly from the Pastor’s conference, to the Ivy Jungle event in Orlando.  Thanks to Guster for driving the van, and Bogey-man and Beck for helping sell books.  What an event, with wonderfully committed campus pastors learning from the likes of Os Guinness, Lauren Winner, York Moore, and Gabe Lyons of UnChristian.  We enjoyed seeing Mark Pinsky (Gospel According to the Simpsons) again, and hanging out with several other good folks, singer-song-writer Justin McRoberts, authors and higher education leaders.  Sure enough, as I returned home, I saw new books that came while I was gone.  Had they arrived here earlier, I would have taken them to Ivy Jungle, for sure.  For instance, these two:

The Message in the Music: Studying Contemporary Praise and Worship edited by Robert Woods & Brian Walrath (Abingdon) $18  Here, a handful of  evangelical scholars reflect seriously on various aspects of contemporary praise and worship songs.  This may be the most serious study yet done on recent songs of this nature, and while the authors are not uniformly opposed they are serious-minded critics, bringing theological substance to bear on the actual words, and the theological ethos, and the unintended consequences of the current generation of praise songs.  A brief forward by Richard Mouw–who says he’s a “switch hitter when it comes to worship music”Â—sets the stage for this fascinating ad important critique. 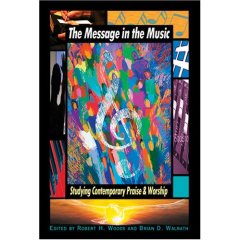 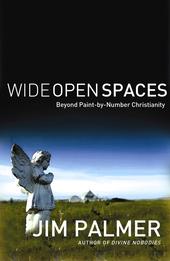 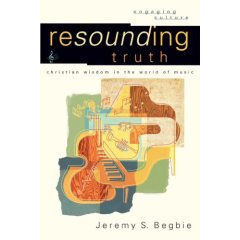 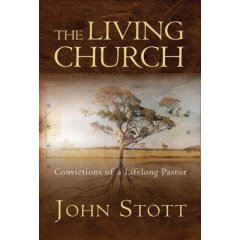 Many in our mainline churches (like the State Pastor’s gang) need this as much as collegiate ministers, and may be more likely to appreciate it.  Which is why I really, really wish I could have taken it to Ivy Jungle.

Wide Open Spaces: Beyond Paint-By-Number Christianity Jim Palmer (Nelson) $13.99  Many readers of BookNotes will recall us raving about Palmer’s moving memoir Divine Nobodies which told stories of unlikely folks–unchuched folks–who showed him truths about God.  We loved that book and it’s Blue Like Jazz writing style and edgy, authentic honesty made it very popular among young adults.  This sophomore release is less memoiristic, more of a sustained argument.  I’ve had an advanced copy for a while, and have been telling folks about it.  Here’s what Shane Claiborne wrote of it: “Jim knows the mess of the world.  Jim knows the mess of the church.  And he still has the audacity to believe that love wins. Here he has created a book that cannot help but leave you feeling closer to God, with a smile that isn’t just for Sunday mornings, and filled with the hope that another world is possible.”Â