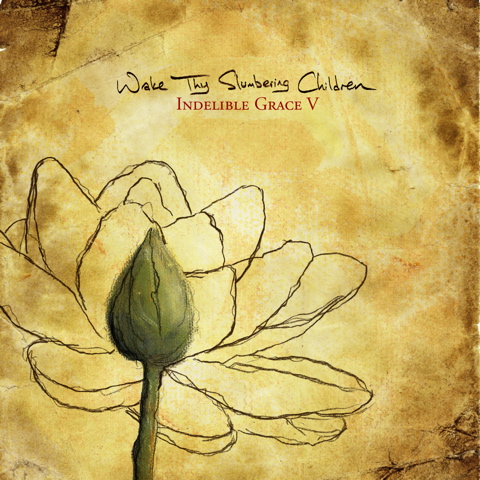 I don’t have time now to describe this in great length, nor review it giving it the justice it deserves.  The new, fifth, Indelible Grace recording is now out, and we are thrilled to be stocking it.  I have listened to it repeatedly this week, and, I am not ashamed to say it moved me to tears, driving down Route 74.  The piece that so moved me—lovely, austere, almost, is a slow piano-based version of an old Fanny Crosby song, “O Heart Bereaved and Lonely.”  This time of year, especially, there is a lot of grieving to be done, and it is hard, for so many reasons, in December.   I’ll bet you, like me, know somebody who needs permission to mourn, in Christ, with hope, this season, and several of the tender, utterly faith-filled songs on the album could help.

Indelible Grace, for those who don’t know, was the brainchild of the fabulous PCA college pastor, musician, engineer, artist (and mean dobro player) Kevin Twit.  The band (which is a patched together variety of good folks, some known, like, say, Sandra McCracken and Derek Webb, or Caedmon’s Call vocalist, Andrew Orsenga, and others less known) does old hymns, set to new tunes.  They’ve got a mostly acoustic, Americana roots-rock sort of feel, although this album has more groove than the other four, I think.  One or two songs get the blues thang goin’ and it is really very effective.  I don’t know if MixMaster Twit was listening to Nothin’ But a Burning Light-era Cockburn, masterly produced by T-Bone Burnett, but there is some of that vibe there on a few tracks.  I’m tellin’ ya, this is cool stuff, and the recording sound/texture stands out as very warm, honest, not so popping perfect that it feels mass produced.  I don’t know how they did it, technically, but it is good.

The best point, though, is the sheer profundity of the lyrics of these old songs. The new tunes are really fabulous, fun, most designed for sing-along, and yet they are sometimes movingly powerful.  But the words, ah, these words.  I usually love contemporary praise and worship stuff, I often really do, but there just isn’t this kind of lyrical artisty and solid theology around these days.  One need not read Neil Postman’s Amusing Ourselves to Death to know that intelligent writing, poetry, lyric and theological literacy among common folk has drifted in the last century, and that (some) older songs are carried with a richness of prose and a spiritual maturity that is just dazzling.  And so, we are understandably moved.  It is why the first four Indelible recordings have such a cult-following;  younger folks are longing for serious stories, mature lyric, honest faith and room to lament.  Kevin and others of the I.Grace movement have written about the need for hymns and their motivation to re-tool them for postmodern times, and it makes wonderful reading.  Hearing any of the albums is that much more meaningful, knowing how seriously they take it all.

And, it isn’t just that they are recapturing older songs for rich lyrics, but because some of the ancient hymns captured what they believe needs to be said and sung: a Christ-centeredness,  finding great joy in the Cross and its work, a gladness about salvation through grace, an emphasis on the majesty and sovereignty of God, a glorious vision of the rescued world, an honesty about the human condition, the mystical mercies of God.  Not all old songs are right on;  they pick the good ones, and the blessing is ours.  Thanks much to Kevin, Matthew Smith, and the others who work hard, musically and theologically, to do this great stuff. Check out their website for stories of the original hymn-writers (whose lives were often dreadfully sad), an open forum on these concerns, and for clips, downloadable stuff, guitar chords, etc.  Especially see the articles listed under “resources.”  Wow.

If you’d like, skip back to read the review here I did when Mr. Smith did his solo project, All I Owe, last spring.  He has a cool Christmas album, too, very acoustic guitar driven, standard tunes for the most part.