Did you watch the Academy Awards last night?  We sure did.  Even though we don’t go out to the theatrer much (well, at all, really) we enjoy these award shows and think it is important to keep up with the movies our friends, neighbors, culture-leaders and critics are affirming.  I think Beth and I both agreed that The Visitor, a DVD we rented on a whim when it first came out, is our favorite film of the year (and Richard Jenkins was nominated for Best Actor; just sayin’.)  I think I’ll blog about why we so appreciated it another time.

For now, though, here are a few books from our large film studies department here at the shop.  Although we have more than just overtly Christian books, there has been, in the decades since we opened, a wonderful outpouring of thoughtful resources relating faith and film, and we love ’em.  For the serious film-maker, the thoughtful critic, or just anyone who enjoys a good movie and wants to think about entertainment in a way shaped by Christian convictions, there are interesting and helpful books out there.

If this notion of watching movies in a uniquely Christian fashion is new to you, my old friend Bill Romanowksi’s book Eyes Wide Open: Looking for God in Popular Culture  (Brazos; $19.99) remains the best introduction.  (We still have his great lecture series—highlighted with oodles of film clips—-for sale or rent on video, too.)  Every church library should have this book on hand; youth leaders, young adult ministries, college fellowship leaders, and anyone interested in the popular arts should own it.  Here are some quick reviews that might assure you this is an excellent study.  For another voice saying as much, click here for Denis Haack’s of Ransom Fellowship’s astute recommendation.  By the way, their film reviews and discussion guides are as interesting and significant as any I’ve seen.  They offer all this to the reading public for free, but you sure might want to consider offering them some finanicial support if you use their great web resources.  If you are interested in cultural discernment, interesting small group conversations, grappling with the deepest things in winsome ways, you should check them out.

Faith & Film: A Guidebook for Leaders by Edward N. McNulty (WJK; $24.95) offers short synopsis of hundreds of films, some insightful discussions of key moments in each film, a set of Scriptural texts that make for parallel reflection, even where to cue up key scenes which are able to be used for discussion purposes.  Ed has spoken on the topic of film and religion for decades and has edited a monthly newsletter Visual Parables.  He is quite sharp, and this is a fabulous resource for those wanting to start faith-based film groups, use movie clips in educational settings, or learn the process of dialoguing with contemporary films. 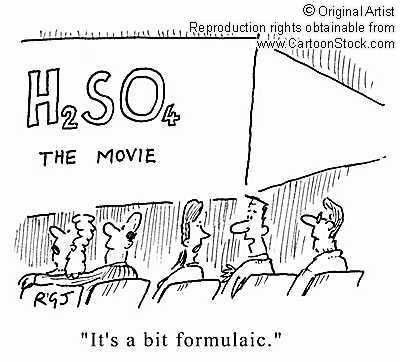 Hollywood Worldviews: Watching Films With Wisdom and Discernment  Brian Godawa  (IVP; $16.00)  This has been a staple in our film category for years, now, and it is still very, very useful for the way the author is able to help us discern worldviews, ideologies and philosophical assumptions in modern movies.  There are great links to on-line conversations about these perspectives and, even if you think he is “fishing” a bit, overstating the role of existentialism, scientism, postmodern relativism or whatever, it makes your viewing that much more discerning to be thinking about it all.  I may not agree with every assessment he offers (although I quite often do) but he is absolutely right on in helping us learn how to be wise about what is really coming at us in the flickering celluloid and between the lines of the screenplay.

The Gospel According to Hollywood Greg Garrett (WJK; $16.95)  Garrett is a fabulous young writer, a memoirist and novelist, a Southern Baptism boy turned Episcopalian and a guy whose books you should know.  He’s a heck of a good writer, knows the popular arts well, and has an honest and authentic voice.  This is a great overview of the topic, touching down on certain key films, and sharing his own personal story of being (surprised to be) significantly moved to spiritual insight by watching movies such as Pulp Fiction.  Mark Pinksy (author of the classic The Gospel According to the Simpsons) says Garrett is “brilliant, probing, pioneering….”  Notable stuff.  Read his Holy Superheroes, by the way, if you like that genre!  Pow!

Useless Beauty: Ecclesiastes through the Lens of Contemporary Film 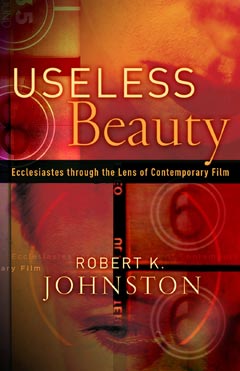 Robert K. Johnston (Baker Academic; $17.99)  I’ve written about this before, naming it as one of the most important such books of our generation.  With endorsements from Biblical scholars like Brueggemann, Patrick Miller and Regent’s amazing Rikk E. Watts, it stands as a creative and vital illumination of the Biblical text.  And yet, it is essentially a collection of exceptionally thoughtful film reviews, focusing on the darker (prophetic?) stories which offer critique to the American Dream and the weightlessness of late modern culture.    From films such as Magnolia,  America Beauty, and About Schmidt to important directors like Akira Kurosawa, Woody Allen or M. Night Shyamalan,  the wide-eyed Dr. Johnston knows contemporary film and filmmakers and brings his interesting insights into dialogue with Ecclesiastes.  He teaches at Fuller, by the way, and really is one of the best guys writing on these themes these days…those who follow this field know his (now updated) classic, Reel Spirituality, an earlier contribution in the on-going Baker “Engaging C
ulture” series. 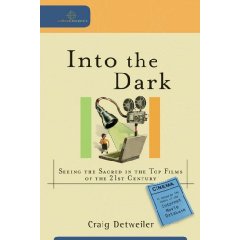 Into the Dark: Seeing the Sacred in the Top Films of the 21st Century  Craig Detweiler (Baker; $18.99)  I wrote about this when it first came out this summer, again, exclaiming how great it was.  Detweiler has done work on pop culture before, and is well equipped to offer Christian insights into the most regarded films of our times.  He used the prominent Internet Movie Database to determine which films are considered the most important and worked with those.  Fascinating and highly recommended.

Listen to this clever endorsement by Dick Staub (certainly a guy who is to be trusted on these matters): “Soak a brain in billions of digital bytes of filmic splendor and an equal amount of dynamic theology, awaken it to the ‘sudden and miraculous grace’ available at the intersection of faith and film, and you’ve got Craig Detweiler’s tour de force. A brilliant, timely, and useful piece of work from the only brain that could have produced it!

Reframing Theology and Film: New Focus for an Emerging Discipline  edited by Robert Johnston (Baker Academic; $24.99)  This is, without a doubt, the definitive collection for those on the cutting edge of this several decades old discipline of relating theology and film, exploring the landscape of the discipline, thinking through recent insights, and charting a possible future for this evolving subject.  S. Brent Plate, editor of The Religion and Film Reader writes, “In this single volume, the field of theology an film has matured from infancy to adulthood…No future writing on the topic can ignore the categories reframed by the contributors here.”  Way to go Baker, for this latest volume in their “Cultural Exegesis” series.