I thought that my ruminations about our trip to Calvin College for Marissa’s orientation there, our (once again, sorry) shout out to the Rich Mouw book about Abraham Kuyper, and a review of Taking Every Thought Captive: Forthy Years of the Christian Scholars Review edited by Don W. King (Abilene Christian University Press; $24.95) was getting a bit long so I allowed it to morph into a reflection piece more suitable for the longer form over at the BookNotes website monthly review column.

And then we learned of the death of John Stott, which became an opportunity to offer my small bit of tribute, offer a few links about him that I thought you might appreciate and, yes, offer my top ten list of John Stott books.  But that became a top 15 (and one famous one didn’t even make the cut!)  The column grew longer, but I did not want to break it into two discreet pieces.  My testimony about Kuyper and my tribute to Stott are deeply entwined and I hope you read it all.

Here are just a few excepts of the longer essay.  Thanks for being a part of our work, fans of the bookstore and readers of astute Christian literature.  Now more than ever—with this trip to Grand Rapids rattling around my bones, deeply glad for the chance to visit with friends there, and mourning of the end of the John Stott era—I hope our store is known as a place you find faithful, relevant, and helpful.  As Dr. Stott has written, Your Mind Matters to God.  Read on!

Do you know that feeling after a long, long drive, returning home from a
far-away but great 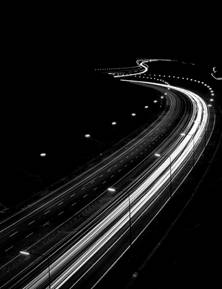 event?  We are happy but exhausted from the white
lines (and orange cones) on the Pennsylvania Turnpike, eyes bleary and
body tense from navigating the late-night truck traffic.  On the Indiana
interstate,  right before the Ohio line, a billboard offered a rest
stop with chocolate “for the pain that is Ohio.”  Yep, these long,
tedious hours of flat Buckeye road offers time for thinking and talking.

Beth and I had just gone through a two-day parent introduction at Calvin College in Grand Rapids, Michigan, while our youngest daughter experienced her Calvin freshman orientation.  This Passport program
was spectacular, with fabulous fun and food and helpful information.
We learned about the history of the school, John Calvin’s French accent,
saw brief video clips from scholars likes James K.A. Smith,and were
reminded of the cosmic scope of Christ’s redeeming restoration project
(and hence, the deeply integrated religious vision of teaching the arts
and the sciences for God’s glory and our neighbor’s good.) I leaned over
to Beth and said that I wanted to attend Calvin College!

On the
long ride home I pondered my own faith development, my own college
years decades ago, my frustration as a younger man wondering why those
who seemed most fired up about the gospel seemed so disinterested in the
world and its great hurts. In my mind I revisited our many years of
meeting students, selling books, including books written by people we
had met at the Calvin orientation, and how we still have—thank you,
Jesus!—a glimmer of our old idealistic vision that we can in some ways
change the world for the better as we nurture a Christian mind,
grounded in a Biblical worldview, enabling us to make connections
between our deepest convictions and the way we live….

….A brand new book—edited by an impressive team of scholars, including a
former CCO 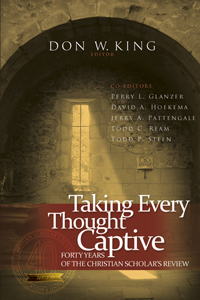 staffer and Kuyperian from Hope College named Todd Steen
(whose PhD in economics was taken at Harvard)—illustrates well the
ways in which evangelicals have been wrestling with the questions of
faith and learning, Christ and culture, piety and scholarship, for the
last nearly half a century.  Taking Every Thought Captive: Forty Years for the Christian Scholars Review, edited by the current editor of CSR,
the literature professor Don King of the PC(USA) affiliated Montreat
College along with Perry Glanzer, David Hoekema, Jerry Pattengale, Todd
Ream and Todd Steen (Abilene Christian University Press; $25.00.)  This
thick book deserves a more thorough review later, but it is essentially a
fantastic greatest hits collection of four decades of scholarly work
done from within an intentionally Christian framework.  (You know, even
if you don’t have all of a band’s many releases, if you care at all you
pick up the greatest hits album.)  There are pieces here spanning the
journal’s career and they are well selected.  Some of them are really
good to be in a book since the academic journal, CSR isn’t widely
circulated outside of Christian colleges and they deserve to be read.
What a wonderful opportunity to read through so many important
articles!  There are substantial essays by a wide array of scholars,
from thinkers such as Nicholas Woltersdorff, Jonathan Chaplin, Richard
Mouw, Mary Stewart Van Leuuwen, Roger Lundin, Nancy Ammerman, Dallas
Willard, Stanley Hauerwas, Jenell Paris and many more.  There are pieces
on politics, on art, on the role of the Christian college, on student
learning, on math and science and ethics and philosophy.

One
piece that I have read and photocopied from the journal was a
provocative and beautiful bit of writing by Brian Walsh and Steve
Bouma-Prediger, using ecological insights based on a Scriptural vision
of place and “homecoming” to suggest that students should know the
places where they are studying.  It was published in the review (along
with a strongly-worded critique the following quarter) as they were
writing their Beyond Homelessness, applying its insights
about cultural displacement and Biblical exile to the experience of
learning within the context of modernity.  Brilliant!  Another piece
that I think should be widely discussed was by Ronald Sider who called
in the CSR for more academically rigorous research that
popularizes for the church the work of the academy and helps social
reformers and activists to translate Christian thinking into policy
initiatives.  Again, this was a splendid piece that I highly recommend.

The Christian Scholars Review
has long been an important organ for good book reviews and serious
academic research done by scholars mostly within the mostly evangelical
Protestant faith community.  The special issues have been splendid (they
did a C.S. Lewis issue a few years back, for instance) and it has
regularly been a good testimony to the way our discipleship can effect
our scholarship and cultural engagement.  I wish there was a way for
more libraries to stock it, certainly university libraries should, since
they typically have journals from every other perspective one could
possibly think of. Certainly any college professors that you know should
hear about it.  Maybe this book would be a way to introduce them to the
important work of the journal. 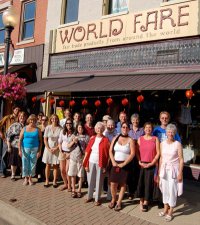 ….Before we started the journey home we made a stop in the small town of
Three Rivers, Michigan, to visit the center of what I jokingly call the *cino
empire.  You may know that *culture is not optional is a loose network
of writers, friends, artists, and social entrepreneurs, mostly younger
folks who have drunk deeply from the Kuyperian social vision and have
been influenced by radical thinkers at places like Dordt, Trinity
Christian (Palos Heights) Calvin, Redeemer (in Ontario), ICS (the
graduate school in Toronto), and the CCO.  Besides running conferences
and camp-outs, film festivals and concerts, they publish catapult,
a bi-weekly e-magazine which offers transformational memoir and poetry
and excellent essays of faith-based cultural criticism. (They have an
e-mailed daily asterisk quote that you can subscribe to as well, which is my daily shot of literature for subverting the Way Things Are)….

….And then the sudden, bittersweet news of the death of John Stott.  He
was one of our era’s 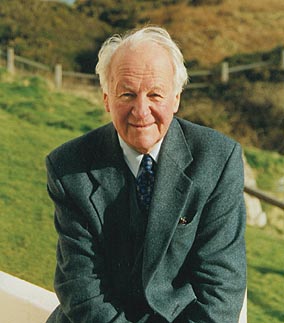 great Christian leaders, himself deeply involved in
all of the sorts of things that have captured our hearts even this very
week in Grand Rapids—caring for students, nurturing the Christian
mind, thinking about the reform of institutions, relating to the global
South and honoring our international relationships, serving the poor and
marginalized out of a non-compromising Christ-centeredness.  Stott was a
British evangelical Anglican, Rector of All Souls in London,
evangelist, author, a principle in the World Evangelical Fellowship, the
Lausanne movement, and founder of the international social ministry, The Langham Partnership International.

As
you most likely know, he wrote widely—mostly for our favorite
publisher, InterVarsity Press, and left a mark on millions influenced by
them….

Please read the rest of the column, here.  And see my favorite Stott titles listed.  Thanks.

One thought on “Here’s the short version. A better, more lengthy piece posted at the July monthly BookNotes column and a list of favorite John Stott books”