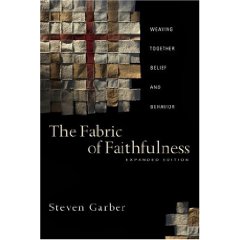 In the mid 1990s I had this long, wonderful, interesting conversation–late,
late into the night—with my friend Steve Garber. He was working on his Ph.D.
in education, trying to learn through research, vast reading, great
conversations with leading mentors and educators, and tons of first hand
interviews with not-so-young-adults—what caused Christian faith to take hold
in meaningful, long-lasting, and integrated ways. I was happy to regale him with
stories of my own college years, and into my journey with the Coalition for
Christian Outreach (CCO) doing campus ministry. Steve and I had many mutual
friends, some common interests, and shared an affinity for professor of
philosophical aesthetics, Calvin Seerveld, and all-of-life-redeemed philosopher
/preacher Dr. Peter J. Steen, and the agrarian essayist and poet, Wendell Berry.
Each gave feisty and academic legs to the vision of God’s Kingdom coming in
every area of life and invited us to live life with an earthy, Christian
lifestyle. Steve told me about his early days as a college student living in
community and running a thoughtful, Christian activist newspaper and his days
learning from Francis and Edith Schaeffer in their Swiss study center, L’Abri. I
told him about my feeble activism on behalf of the United Farm Workers,
advocating for nonviolent social justice in ways inspired by Martin Luther King
and Cesar Chavez. Mostly, we pondered how in God’s great grace He has drawn us
to good authors—I think I was re-reading J.I. Packer’s Knowing God at
the time—and the good people in our lives who kept us going as we attempted to
live faithfully for Christ’s reign in our callings, careers, and vocations.

I didn’t know, or don’t recall thinking, that this interview would end up
being in a book, let alone a book that great leaders (from Stanley Hauerwas to
James Sire) would insist was one of the best books ever about the journey of young
adult faith into serious, integrated whole-life discipleship. After having
read Fabric of Faithfulness: Weaving Together Belief & Behavior in the
University Years,(first released in late 1996) and enjoying the many, many
stories of fellow pilgrims who told their stories to Steve, I realize that my
little late night interview wasn’t all that vital. Some of the stories, however,
are truly amazing, and some of the folks he tells of in the book are stunning in
their insight and eloquence. Still, all of us who were interviewed, nearly every
one, had some testimony of the same three things, three things that Steve has
identified through research, reading, and his excellent knack of listening so
very well, to be the things that most characterize what Eugene Peterson’s book
on the Psalms calls “a long obedience in the same direction.” Three things that
help us keep on keeping on, long after the heady and idealistic years of campus
fellowship groups and young adult commitments.

Sure, Peterson swiped the line from Neitzsche. And Garber swipes lines from
everybody from abolitionist William Wilberforce to novelist Walker Percy, from
Bono to Beavis, from third century Augustine to twentieth century Newbigin, from
Calvin (and Hobbes) to Calvin (of Geneva.) It makes for a fun and engaging read,
a contemporary and urgent book, at once learned and urgent. I mention it often
in my own book reviewing and public speaking; it has become a touchstone of
sorts, a classic.

When pondering the best non-fiction Christian books of this decade, in fact,
a few continue to impress me, haunt me, challenge me, and reassure me. Among
others I could name, I think Brian Walsh & Sylvia Keesmaat’s remarkably
faithful, postmodern Bible study, Colossians Remixed: Subverting the
Empire (IVP) and the delightful and insightful Culture-Making:
Recovering our Creative Calling by Andy Crouch (IVP) or all three of the titles by Lauren Winner stand out for
me as perhaps the truly most significant of the 2000s.

Yet, in the later half of that first decade of the new century, Steve
Garber’s Fabric of Faithfulness: Weaving Together Belief & Behavior was re-issued by InterVarsity Press,
allowing me to declare here that it is “the book of the decade.” Of
course the great new cover really helps and the shortened subtitle (showing that
its audience is most often those who have graduated from college and, perhaps
approaching mid-life like many of those interviewed in the book, were longing to
more fully understand the relationship of the Biblical themes of vocation and
the Kingdom of God.) Yes, that subtitle makes it clear that this is a book about
integrity, about living with coherence and clarity about “connecting the dots”
between our deepest worship on Sunday and our deepest struggles on Monday. Such
integration is the foundation upon which long-term, hopeful discipleship
emerges.

But, most importantly, there is, quite significantly, a fabulously
interesting and very important new introduction and afterward. 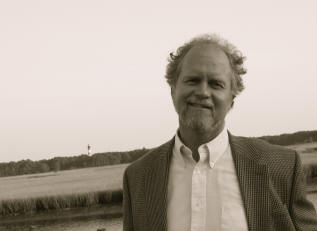 These two new chapters, which include moving stuff about William Wilberforce,
about valiant Chinese dissidents, about Steve’s’ meetings with the likes of
seeking rock star Billy Corgan or Peter Gabriel, are among Garber’s most
eloquent writings, and they set the stage for the re-launch of Fabric as
a truly adult book. It is to some extent about learning, about young people in
their yearnings for a life of coherence, and it was written when Steve was
mostly working with collegiates. Deans and administrators and educators have
used it. He does talk about rock stars and youth trends and pop culture. So,
yes, yes— it is a book even for college students. But more, especially with
the significant new book-ends of powerful forward and afterward—you have to
read them for yourselves to see what I mean—this is now more than ever for
anyone who longs for the deepest joys of discovering a sense of vocation, of
relating faith to their tasks in this sorrowful, broken world, for those who
long to make a difference, in the arts, culture, business, civic life or other
areas where a Christian worldview might most profoundly shape our thinking and
practices, allowing us to engage the societal pressures and resist the cultural
forces so well described and analyzed within these pages.

So. BOOK OF THE DECADE it is, thanks to the expanded edition that appeared in
2005. I thought to celebrate it here at decade’s end I would reprint a review I
did when the book first appeared in the late ’90s. I’ve changed very little, and
trust this long review will convince you that this is a book worth having, a
book worth reading and re-reading, a book worth working on, discussing, and
sharing.

It’s a good, long review which I hope you’ll read over at the November ’09 monthly column.