We’ve got tons of new books to tell you about—I’m feeling stressed that I don’t have time to report on the great new releases—but those that know us know that we love music, here, and while I don’t review much, we stock a lot, all kinds.  Just today we were listening to some quiet Celtic stuff by ambient instrumentalists Jeff Johnson & Brian Dunning on the ARK label (Patrick) and an older Jars of Clay (If I Left the Zoo, which I have never grown tired of.)  And, Vivalidi, as much as possible.

Two new CDs have arrived that I just have to tell you about.

My pal Justin McRoberts was at Jubilee again this year, thanks to his immense dedication to his hip following in Western Pennsylvania, and his work with Compassion International.  He did the presentation for Compassion’s Moms & Babies child survival program very well at the conference, and we know his advocacy there has great integrity.  He’s traveled with them to Africa, and has a true heart for justice. I might ask: what other singer-songwriter has done a song inspired by the books by Jonathan Kozol, the urban educator who documents our “savage inequalities?”  First time I heard it it just knocked me out.

Through Songs I Was First Undone  Justin McRoberts 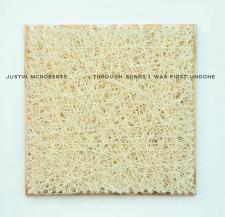 His new release is about his own being knocked out on occasion.  Through Songs I Was First Undone is the brilliant name of his new self-produced cover album, a disc with 10 songs, include a tremendous, powerful, acoustic guitar based version of “You Can’t Always Get What You Want”, a poignant Tom Waits song, “No One Is To Blame” by Howard Jones and (get this) a very moving version of “Freedom 90” first recorded by George Michael.  Throw in a Toad the Wet Sprocket tune, something by Nine Inch Nails, and a few other cool songs from a decade ago– songs by Aimee Mann or The Smiths, for instance—and you have a very eccentric, acoustic guitar based, dare I say, groovy cover album that really makes you think (and, uh, hum along, if you like that sort of thing.  My dashboard has taken a beating on a few songs already, too.) I don’t know at all why, but I was expecting something really sweet and mellow like Dennison Witmer’s fine 70s cover album who did Carol King and Jackson Browne and the like; well, not so much. He can be sweet and finger-picking, on “Wildflowers” (Tom Petty) but McRobby’s got soul, with a big, breathy voice and some very cool guitar chops.

Justin has been writing a bit about why he chose these songs, why they mean something to 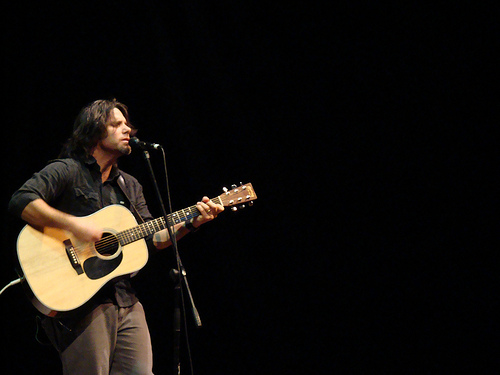 him, explaining his own journey, in a set of blog posts that you simply have to read, here, an artful theology of the streets, even, as he shares his soul’s take on the insight and power of this popular art. Just go to the one on March 9 and see the Wendell Berry quote and the passage from Caring for Words in a Culture of Lies by Marilyn Chandler McEntyre to see what he’s up to. (We love it when folks actually quote books that we’ve sold ’em. Go Justin!)  This is very, very good work, and I hope you spend some time with his reflections.  Then order the album, down-loadable from him, or the real CD from us.  We sell it for $12.00 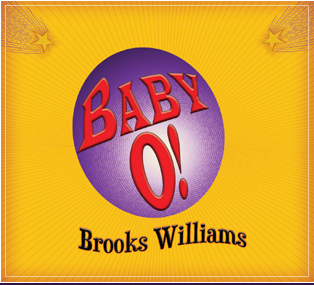 And, yes, one of our very favorite live musicians, truly one of the best guitar players we know, and a dear, dear friend of Hearts & Minds, Brooks Williams’ new CD has shown up.  Baby O! it is called, and O! yeah, it is great. His last one, you may recall if you have a photographic memory of our previous blog posts, was called The Time I Spend With You (2008) and was a cover album, too: an exclusive collection of savory old blues songs.  I think I pitched it with the cool book by Lancaster Bible College (!) prof, Stephen Nichols,  called Getting the Blues (Brazos Press; $19.99.)

Baby O! is the first album Brooks recorded in England, although he has had a large fan base there for years.  The packaging is all fully recycled (even the inside plastic tray, which is made out of recycled plastic bottles.  Brooks has been green long before it was trendy, so good on him.)  The CD has a lot of blues songs, and if you liked his last few, you’ll dig this for sure.  Yet, there is some “old” BW here, too: the first song is a story-song like many of his fans have come to love, and the sound is right out of that middle period of Knife’s Edge or Seven Sisters, accentuated with his National resonator guitar. There is a

beautiful, and intricate instrumental, of course, which is pretty and mind-boggling, if you think about the finger fireworks going on.  A Mississippi John Hurt song is arranged in what struck me as an early Bruce Cockburn feel, with some quintessential Brooksy moves, making it sentimental and lovely.

But the highlight of the album is “I Got It Bad (And That Ain’t Good)”, a song by one Duke Ellington.  Yeah, he’s got it bad for the blues, here, with sons by Son House and Mel London, but this Ellington piece on his smooth guitar is really exquisite.  I don’t know if this will become a Brooks favorite, but it sure is fine to hear him again.  Maybe he’ll pass by this way again, sometime.  In the words of one of his recent songs, he’ll be “Grinnin’ in Your Face.”  In the meantime, check out his nice website, and order the disc from him or us.  Enjoy!