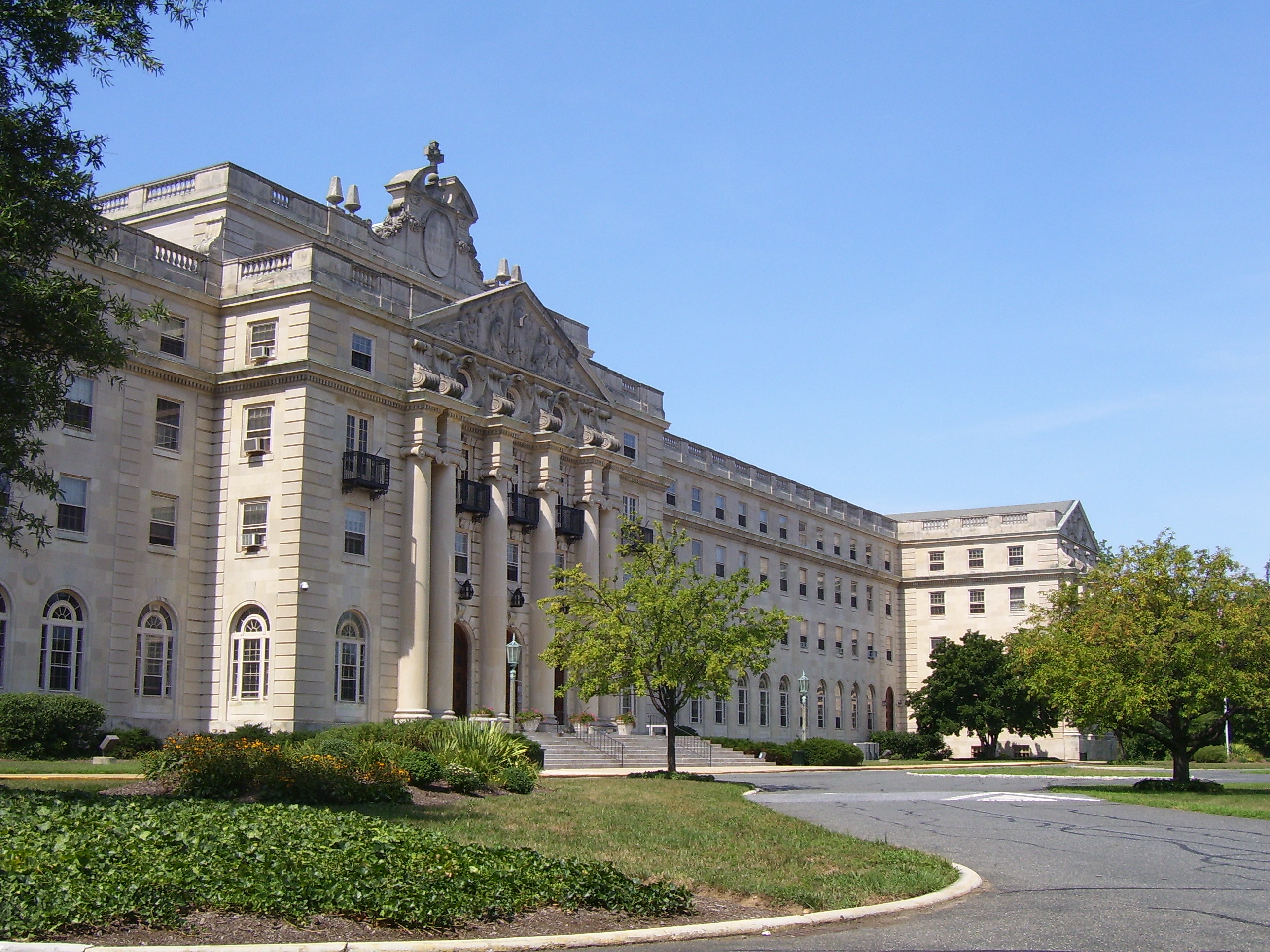 Yep, friends, we are taking the Hearts & Minds-Mobile (we got the brakes fixed) off to another event, a two day gathering with N.T. Wright at St. Mary’s Ecumenical Institute in Baltimore.  We’ve mentioned this at Facebook and Twitter, and hope that if you are in the greater mid-Atlantic area you might get yourself over there Wednesday night. It will be a significant lecture (and subsequent by-registration only follow up day on Thursday on the theme “The Royal Power of the Cross: New Priest, New Temple & the Gospel Narrative.”) We’ll have a whole lot of his many books there. The folks E.I. at St. Mary’s are hospitable and sharp, and you should know their work. (For instance, on December 7, 2015 they are hosting Fleming Rutledge who will lecture and participate in a conversation about her stunning new book on the crucifixion of Christ.)

You surely know Wright is very, very prominent (and how honored we were to host him here in

our shop a few years ago!) His current bio could be summarized by saying that N. T. Wright is Research Professor of New Testament and Early
Christianity at St Mary’s College, University of St Andrews. He
previously served as the Bishop of Durham in the Church of England and
is one of the world’s leading Bible scholars.

Here is a piece I wrote a while back which I called “A Bookseller’s Appreciation for a Scholar’s Service to the Church and World”. It highlights some of his many works.

He has, though, authored more than
seventy books.
You should know that he has two very new important books out, both on Paul. 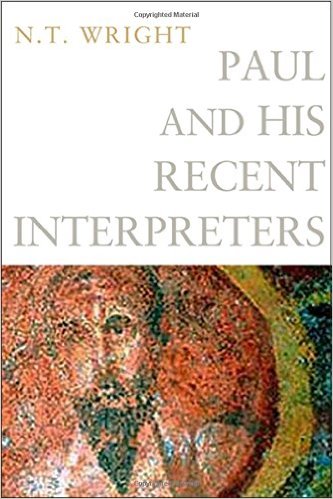 First, you should know about the new and very substantial Paul and His Recent Interpreters (Fortress Press; $39.00) which is a serious, weighty volume, just over 400 pages, published by Fortress Press, seemingly to supplement his already weighty volumes on Paul which they released to a flurry of well-deserved attention two years ago.
Those much discussed 2013 volumes included his massive and magisterial 2-volume set, 1700 pages on Paul, called Paul and the Faithfulness of God ($89.00), the fourth volume in the on-going “Christian Origins and the Question of God” series, and the 650 page stand-alone anthology of almost everything important Tom ever wrote on Paul called Pauline Perspectives: Essays on Paul, 1978 – 2013 ($69.00.) Those Fortress Press volumes — the two book set and the collection of older essays, reviews, and articles — finally laid out and meticulously advanced his version of a new Perspective on Paul, showing both his consistency and his intellectual development in the trajectory of his work over last 25 years. It would seem to me fair to say that no contemporary Biblical scholar as

been so erudite and thorough and important.
That new Paul and His Recent Interpreters, as you can surmise, looks at and responds to many other writers on Paul — some to his left, so to speak, a few to his right, if you will — and it is a very valuable exercise to see not only his birds-eye overview of anybody significant writing on Paul these days, but especially his replies to those who take issue with him and his work. This is gracious and yet sometimes robust conversation, sometimes offering firm rebuke.  It is a serious, big volume, and having some familiarity with the lay of the land of contemporary New Testament scholarship would be helpful.  I suppose those not in the guild studying these things might find some of it tedious. For those committed to this level of scholarship, it is a tremendous gift, and agree or not with all of his evaluations of his conversation partners, allies and detractors alike, you will be amazed at the level of discourse and the implications of these big conversations.  Whew. 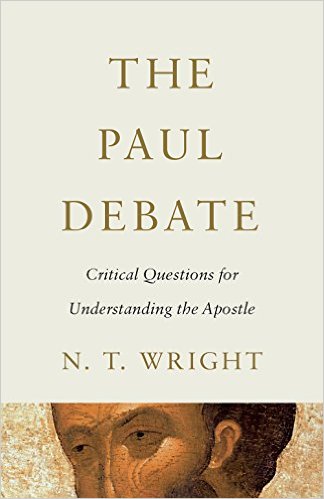 The Paul Debate: Critical Questions for Understanding the Apostle (Baylor University Press; $34.95) is the second brand new book from Wright and one that I am happy to say is much more accessible, a bit shorter, and a fabulous introduction to the lay of the land in recent Pauline scholarship, the debates about all manner of things (both big and small) and Tom’s views of these topics. In this great, new volume they keep the really arcane debates to a minimum and Wright is at his clearest, explaining nicely how each of the topics relate, and who stand’s where on various controversies.  The friendly reviewer Michael Bird (Lecturer in Theology at Ridley College) says it is the “little brother” of the magnum opus, Paul the the Faithfulness of God. Ha, that it is.
Kudos to Baylor for releasing this clear and useful guide to the debates about Paul, in a very handsome hardback, a volume with some heft that just feels good to hold. It is important stuff, so this is apropos, I suppose — the nature and origins of early Christianity, the worldview of Second Temple Judaism, who are the people of God, how justification happens (and how it is developed within Paul’s own soeteriology), the nature of the apocalyptic, and how all that effects his (and our) view of the local church.
And kudos to Wright for listening to his critics (as he explains in the candid and clever preface to this volume, the list of those who have reviewed Paul and the Faithfulness of God is “as scary as it is gratifying — and opinions have been freely shared and often contradictory.   He thanks them, here, even the ones that rebuked him, and has written this book clarifying not specific critics but large, looming questions. (He says that “The five chapters represent a response to the five most questioned elements in my book.”)
Agree or not with Tom Wright on these unique questions, this is a grad level class in one good book, a way to read about very important matters, and be tutored by a gracious, eloquent, and passionate leader of the church of Jesus Christ whose work continues to develop, even within the broader contexts of the wider church and the debates in the academic halls.  I very highly recommend it. 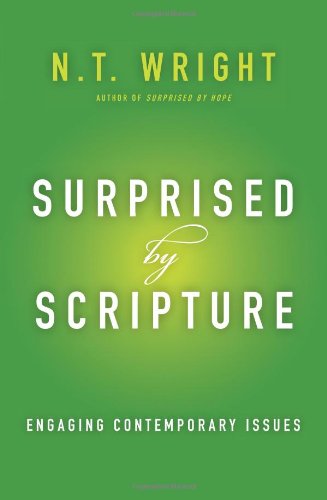 Although it is a different sort of book, his Surprised by Scripture: Engaging Contemporary Issues (HarperOne; $15.99) is now out in paperback. This is a great collection of chapters that were all originally speeches, speeches on topics he was invited to address. We have here delightful, and often profound, Scripturally-directed scholarship, offered in in the fashion and verve of a keynote speech, with Tom weighing in on  Christian views of science, creation-care, the role of women in the church, social concerns, the problem of evil, engaging the world of tomorrow, a thrilling chapter called “Apocalypse and the Beauty of God” and a closing on on becoming people of hope. This is a fine introduction for those who appreciate his all-of-life redeemed, surprised-by-hope, transforming vision of the Kingdom of God that has missional implications for our life of faith here and now. 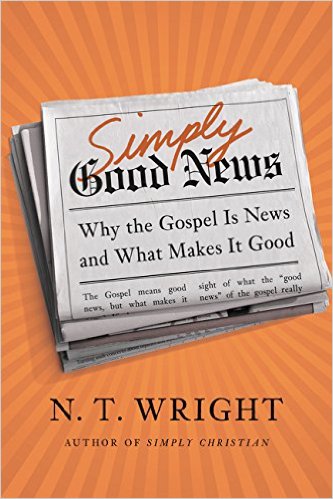 Wright’s most recent popular level book, by the way, is a great hardback that came out early in 2015 called Simply Good News: Why the Gospel is News and What Makes It Good (HarperOne; $24.99.) It is a really useful, pleasurable, inspiring book, almost a “greatest hits” where Wright looks at most of the themes he has developed in other books (worship, worldview, work, the nature of Jesus, the Kingdom of God, Paul, prayer, and more.) It is clear that the gospel is, in fact, news of a real event, and that that event is even better then you might realize. It is a great way into his broad, evangelical vision, and a good reminder of God’s grace, the reality of the Kingdom coming, and the multi-faceted implications for a creation being saved.

When Simply Good News came out early in the year I said it was among a small handful of “best boo
ks” so far, adn that I suspect it will remain on our list of favorite books of 2015. I’ve got no doubt. Again, it is highly recommended. 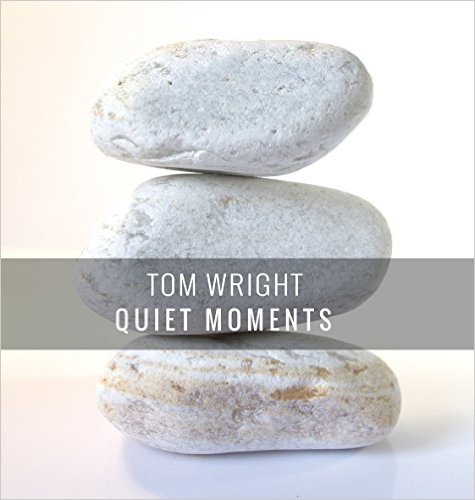 Quiet Moments  Tom Wright (Kregel) $9.99  This lovely new gift book, a smallish hardback, just arrived a few days ago, and it is so very nice — moody nature photographs with well-designed graphics showing quotes pulled out from Tom’s journals or poetry, all extolling his love for quietude and stillness. Years ago we carried four very little shirt-pocket sized paperbacks of his which we imported from the UK, I think. They had these poem-like sayings, koans for reflection, almost, from The Right Revered Wright. They didn’t stay in print long, I guess, but those same little ones have now been put out in a very nice, slim hardback, a gift item with inspiring meditations to bring calm to our human selves. It is inspiring to realize such a thoughtful intellectual scholar and active church leader ruminates with such tender thoughts on inner peace and cultivating silence, the importance of solitude and prayer. You may like giving this as gifts, or using one in your own quiet times.

We have all of Wright’s books for sale, always, and now we are running this sale for our on-line readers.  (Everything is 20% off the listed price, which we’ll happily deduct when you place an order.)
We think we will be able to get autographs — we can’t fully promise this, but I’m pretty sure — and if you order before Thursday noon, we’ll do our best to get the right book that you’ve selected into Tom’s hands, so he can inscribe it as you wish.
Just let us know what books you want and to whom you want each made out, or if you just want the autograph.