We’ve been waiting–well, some of us have—for some really thoughtful, readable, balanced, new books on the 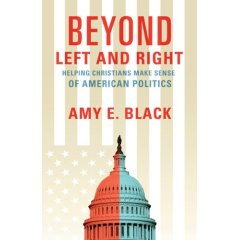 relationship of faith and political life.  You know I’ve got a short list of our favorites over at the “Vocation” list at the website (along with helpful suggestions for books on most other vocations–science, art, business, education, counseling, etc.)  There are some standards that we most always recommend (like Paul Marshall, Alan Storkey, for more serious thinkers, David Koyzis.)  Now, though, there are fresh new ones, and we’re eager to tell you about them.  Not everybody cares about this stuff, so we’re glad for this extended circle of Hearts & Minds readers.

Baker Books continues to put out extraordinary books within the evangelical tradition, books that are a far cry from the simplistic, and too often mean, approach of the Christian right, but yet seemed rooted more firmly in the Biblical worldview than many anti-Christian-right books, that are often reactionary, shallow and more aligned with the secular left than serious Christian thinking.  Baker has done it again!

Want a balanced, thoughtful, non-aligned guide that not only argues for an independent, Biblical alternative but one that also explains American politics, examines the practices of good citizenship and could serve as a primer for renewed commitment to being good citizens?  Look no further than the brand new book by Amy E. Black, Beyond Left and Right: Helping Christians Make Sense of American Politics (Baker; $15.99.)  With endorsements from the likes of Mark Noll, Books & Culture’s John Wilson, The Christian Century’s Jason Byasee, and congressman both red and blue, the rave reviews themselves will make you happy to have this.  It explains all sorts of things that basic journalists and pundits and preachers too often do not;  for instance, the difference between a theological conservative and a political conservative.  What the Constitution says about church and state.  Why some people say that the U.S. is, or isn’t, a Christian nation.  There are bunches of side-bars, charts, boxes and quotes, making it a treasure trove of information and very useful as a study book.

This is an inspiring book, a call to take part in the process as Christians.  As Byasee puts it, “This call to temper political zealotry with love of God, neighbor, and enemy will be of use to churches and academics alike.”  It is clear, easily understood, and humble.  Ms Black is a professor of politics at Wheaton, and has written widely in her field.  Get this book.  Let people see the title.  I’ll bet that alone will generate some conversations, and maybe could be the inspiration to start a book club or study group.

Two more have come last over the last weeks, apparently being marketed together, rather a point and counter-point.  They both look good, although I’ve only read in the first:  Tony Campolo’s new Red Letter Christians : A Citizen’s Guide to Faith & Politics  (Regal; $19.99) sports an endorsing quote from his friend President Bill Clinton, and blurbs on the back from Shane Claiborne, Jim Wallis, and other “red letter” types.  You can imagine it’s basic perspective, and I applaud Tony for his gracious call to be faithful to Christ where it counts, following his ways in care for the poor.  He weighs in with powerful stories and good Bible study on all sorts of political issues and it is surprisingly moving at times.  The companion volume is called A New Kind of Conservative (Regal; $19.99) by Joel C. Hunter.  With a forward by Steve Brown, you can gather that this is a vibrantly evangelical approach, centrist and thoughtful, offering a traditional perspective that is both ethically conservative, Republican, and yet firmly committed to concern for the poor and policies that protect the Earth.  Ronald Sider observes that Hunter’s view is indicative of a shift to the political center among evangelicals, and that this moving towards a consistent ethic of life, while not pacifist, is similar to the  traditional Catholic social teaching.

There will soon be blockbuster books on this stuff;  Jim Wallis and Ron Sider and Os Guinness all have books coming soon.  These books which I’ve mentioned today may not be as well publicized, but I am confident that they will serve you well.   Ms  Black’s is very important and balanced and the other too are very nicely done, handsome, not toooo long, laden with Biblical insight, stories of public life, and passionate invitations to think and care and act.

We want to encourage political discourse of a uniquely Christian sort this season, so we now offer a good discount incentive to purchase them, now, through our mail order services here at Hearts & Minds.  Basically, you guy two, and get the third completely free.  God bless America and good ‘ol capitalism.  Just ask for the red white & blue blog special.